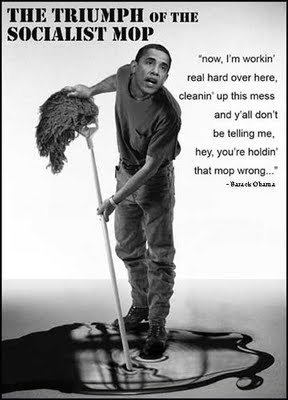 In case you missed it from Lucianne.com:
What can you say? They got it from sweasel.com -- which appears to be worth exploring a bit!
[Click on the sweasel link -- it's pointed out that when zero, who was raised by two white grandparents, starts dropping his "G"s and using "y'all" and "folks" when said GPs never did means that isn't zero talking, but the "Reverend" White.]
As sweasel notes, if a white person had said something about zero being like a janitor he would have been called a "Racist" in about two seconds.
Posted by gemoftheocean at 1:43 PM