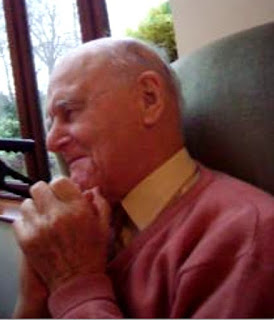 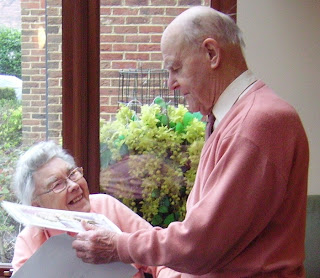 John shares a birthday with Lincoln, and it occurs to me that when John was born there were still people alive who would have seen Lincoln in the flesh when they were children!  John served with the Royal Marines during WWII and then had a long career in the Civil Service as an accountant.  He was quite a sport in his day, playing field hockey for the Marines when he was still in the service, and he is really enjoying the English wins in the rugby "6 Nations" tournament which is now on going.  I hope for his sake that England wins.  Happy Birthday, John!
Posted by gemoftheocean at 8:39 PM 3 comments: