A very quiet Christmas for me.  More so than usual.  I've been coping with re-cooperating from a severe tussle with anemia.  Thanks to some friends here, they helped pinpoint WHAT it was, and have been on proper iron tablets for the last almost two weeks.  Right after Q's funeral on Nov 2, I knew I'd be physically and emotionally drained for two weeks.  And I was.    Then when I was mentally ready to start to get up and going on with life in general, I was knocked for a loop.  I couldn't stand for more than a minute or two without literally feeling dizzy, faint, heart pounding.  What the heck was wrong?  Eventually, friends figured it out specifically.  I'm on the mend now, but I've scarcely been out of the apartment for the last 7 or so weeks.  Had friends do shopping twice, and two days ago went to store for a quick 15 minute shop and just about managed, though very tired when I got back. 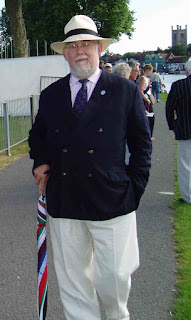 So....how's Christmas been?  Not quite up to going to Mass yet -- certainly not on a Sunday.  Other than Q's funeral, last time I was up to going to mass was the Sunday immediately following his death, and I spent half of that Mass in tears.  This morning -- still not up to an hour Mass.  But perhaps tomorrow.  Fr. Christopher, the Catholic Parish Priest in Feltham has been kind to come to see me with Communion these last few weeks.  Still on going issues with 'the visa thing.'  At least I'm not paranoid -- the Home Office IS specifically giving Americans a hard time -- this I found out from Q's former business partner, (also an immigration lawyer) who read an account from the Press Association Wire services that the Home office IS 'retaliating' against American by deliberate foot dragging.  This after a judge ruled immediately when my case was heard before him in my favor (all he can do is send on to the home office.)  Well the government DIDN'T appeal his decision in my favor...but that was nearly 3 months ago.  Apparently 'give the woman her damn visa and stop being assholes about it' means to the Home Office  'we can take our sweet time at the home office to give her maximum discomfort in securing employment, getting widow's benefits, getting a driver's license, even opening a bank account. -- Never MIND the woman saved the UK government thousands of pounds, because without her Q would have been stuck in a hospice to die somewhere uncared for and we'd have had to send someone around to clean him, and feed and water him, if we could be bothered.  Nah, let's continue to treat HER like dirt.'  The AGONY all this gave Q.  It was the one time he broke into tears, the hassles the government was giving us.

At any rate:  no presents to send -- Lloyd's caught up with Q's death and FROZE the account, so I can't get squat out of it -- and I'm not well enough just yet to march down there without keeling over.  But I anticipated this as 'what can go wrong, will' -- so I have a few other people holding a sum of money out for me (rather than put it in the bank) so at least bills can be paid -- although in a pain in the ass round about way.  Worst, was they froze it just before I was going to do some on line shopping for Q's parents Christmas presents.  So, unfortunately that has to wait until next few weeks.    As for 'Christmas stuff around the house' -- I did manage to go through 3 packs of double stuffed Oreos, and there's a nice little Christmas basket I picked up at the store -- filled with pine tree greenery and decorated cones and red bows and things.  Cheerful.  And I managed to score some good ethnic food -- had an entire pack of 12 perogies last night (sauerkraut and mushrooms) and will have the same in a bit -- well, half a pack anyway.  I'll have the rest with some halupkis tomorrow.

In a while, I'll call a few relatives.  Q's parents first, then a few back home, and I'll save Fr. Shipley for last today.  It's only about 9 in the AM there in San Diego now.   I'd really wanted to send him some Steele's Fudge which he so loves, but maybe for the New Year.  This evening I'll watch a few  cherished movies:  Meet Me in St. Louis (I always cry myself silly at Have Yourself a Merry Little Christmas and snowman scene -- THAT's 'tradition' for me, and it's the only movie that makes me cry) - also Holiday Inn, and A Christmas Story..   Q and I watched those together last year.

Well, what's there to be thankful for this Christmas for me?    I'm celebrating Christ coming into the world to save us.  It's because of Him coming and His eventual sacrifice on earth that my Qbunny and I can hopefully live in God's presence and love forever.  And I guess when you come down to it, that's all the presents you really need.  The picture above is my Qbunny at Henley not too many years ago, when he was still the picture of health.  There's another picture to post, taken this year at Henley, with the two of us, which I have to crop and dink with as I don't have a good photo editor software on this machine yet - so that will have to wait.

Please pray that my Qbunny is now in heaven, and did 99 percent of his purgatory on earth.    I pray I may someday be worthy to join him.  I hope he's having eternal 'jolly boating weather.'

Posted by gemoftheocean at 5:12 PM 13 comments: