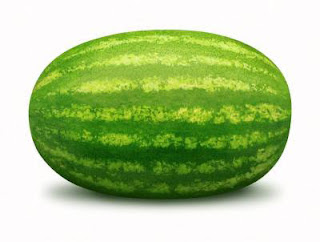 Jackie, over at Catholic mom of 10, talks about some of the sex education materials used by some of the Catholic schools in the UK and wonders if they are too detailed or graphic. I have to say I am proud, on this issue, to belong to the:

"Thank God, they pretty much left us alone" generation. i.e. the basic plumbing was covered in biology classes in a clinical way. The few pages of line drawings in our biology textbooks were the only ones guaranteed to be well thumbed and read by the entire class - even the goof offs. Everyone got an "A" on that test.

The guys got a lecture or two in gym class, the girls got a lecture or two in THEIR gym class covering the consequences of STDs. The girls and (for all I know) boys got a graphic "mother gives birth" video which made us realize: "girls, if a guy puts tab "A" in slot "B" - be prepared for something the size a watermelon coming out of you. The very thought of which, when viewed through the prism of mid-teenage years, made most of us shudder for weeks afterwards, if some boy asked us out. That was natural "birth control" for most of us. We'd long absorbed through osmosis the fact that we had, in fact, not come out of a crackerjack box - but we were stunned at what mom went through.

Turtleneck sweaters were popular for a reason. For the "girls gone wild" headed for "hell in a hand basket" they covered up 1,647 hickies the next week at school. If worn by a girl while on a date, the girl was signaling to the guy that'd he'd be lucky to get a good night kiss. Like "Run, Hillary, Run" bumper stickers which could be attached to either the front or back bumper of a car, the turtleneck sweater was used by both "kinds" of girl. Upon reflection, I expect the "wolves" amongst the boys viewed any girl who wore a turtleneck sweater DURING the school week as "hot to trot" material. I can't say for sure, having never hung out in a boy's locker room. I can, however, confirm that in the girl's locker room we traded information on which boys were likely occasion of sin material, by being known patrons of drive in movies - and we also knew which boys were destined for the priesthood. Equally to be avoided if one wanted to be kissed by sweet sixteen.

Other than that we were blissfully free to speculate whilst hanging out on street corners. We knew enough that black patent leather shoes didn't really reflect up - and good catholic girls usually avoided protestant boys, whom we *knew* all thought that catholic girls were "hot to trot." They were too often right. Bad catholic boys trolled for protestant girls and probably catholic girls who wore turtleneck sweaters during the school week.

For purient material we scoured the south sea islands and Africa sections which were neatly contained between the pristine covers of National Geographic. In my junior year(age 16), one of our daring classmates, Gena Statutory, got hold of the then much talked about Burt Reynolds "spread." What a rip off, Burt was coyly lying on his side in the buff, with his left hand strategically placed. Glad it wasn't my two bucks. He may as well have had a catcher's mitt on for all we saw. Most of us marched out of the girl's washroom more than a little miffed, without even bothering to smoke a verboten ciggie. Burt, you STILL owe me.

To sum up: Yes, we knew you didn't get pregnant from kissing, for which we were grateful, but at least the adults in our lives left us blessedly alone to our devices. Otherwise, they'd have "ruined" it for us by talking about it any more than they absolutely had to. I'm not sure whatever happened to Gina. My guess is she either ended up having 5 kids by 5 different guys, or became a Carmelite nun.
.
Posted by gemoftheocean at 6:02 PM

b****y hell Karen! They told you more than us! Ah Burt Reynolds..yey i remember that!lol

I suspect our K-8 (age 5 through age 13) school told us about the same they told you. Let me put it this way. The 6-8th grade girls were convinced that nuns didn't have periods, because they sure as hell didn't have any Kotex for us in our washroom.

That programme Jackie has rumbled is nasty indeed.

I am so appalled that 300 Catholic schools have bought into this. Did they READ it?

My fear, is WSNS and Jackie, is that they DID read it. Just the biology of NORMAL sex was enough for us - had some adult gone into great detail about all manner of, shall I say "permutations" we'd have been mortified.

Please note, my latest little watermelon is much cuter and less green than the one in your picture!!

God bless,
Thanks for your kind comments about Therese. As Mother Teresa used to ask... please pray that we don't mess up God's work.

Adele, Yeah, but he wasn't an "old guy" when we were trying to look at him.

I remember the Burt Reynolds spread, but was too young to care. Now that I'm older, still don't care. Burt Reynolds? Eewww!

My generation like Scott Baio and John Travolta...and Andy Gibb. It's a good thing that school-aged fancies are fickle.

I went to public school and had more sex ed than you. First in 5th, again in 7th (you were called a "sexpert" if you did well in the class), and again in 12th. Our education stopped this side of the banana.

Huge reason I am glad I will be homeschooling as I found much of this to be scandalizing to our innocence. My kids won't be sheltered, but neither will they be harmed by too much info too soon.

Swiss: It wasn't a matter of "liking" Burt or not! Outside of Michelangelo's David 16 year old girls didn't have many choices! I think if I had been exposed to the little worksheets[?] Jackie posted, I'd have thought adults psycho. Fish? God wielding a big club? Whatever.

As far as "too much, too soon" it's good to remember the old joke:

Bobby comes home one day and asks his parents "Where did I come from?" They thought he was young at 8 to be asking such things, but decided it was better if they, as parents tell him the facts of life, rather than get them from some street corner. So the put together a presentation for him, showing some graphic details etc. And said: "Well, son, now that you know, tell us what prompted the question." Bobby said "Billy said he was from Pittsburgh, so I wondered where I was from."

For us it was Michael Jackson (presurgery and everything else!!!) and Duran Duran. The music and clothed posters, not much else,...or maybe I was just an oddball among the grade 7 girls.

Ha-ha..Michael Jackson. He used to be so cute when he was little. It occurs to me there are millions of people under 30 who have no idea Jackson was once a young black male.
He went some where "over the top even for a performer" just after Thriller - I can remember the sequined outfit he wore when he showed up at the White House. Even Ronaldus Magnus and Nancy, no strangers to Hollywood types, gave him a quizzical look.\

I had sex education only one year: in 5th grade 1978-79 school year. We only talked about getting a period, which got a lot of laughs. That's all I remember. Then we had Health one year as sophomores, but hardly ever discussed sex ed. the teacher was a lesbian who told us how the different forms of birth control didn't work. I never paid attention in school so I wonder---maybe we did discuss sex ed but my mind was a million miles away.