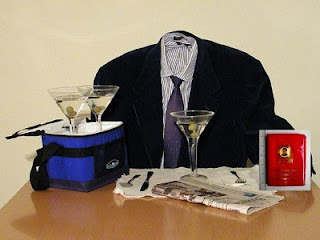 Last night I had to run into Barnes and Noble to pick up one of those little bookmarks that's also a magnifier. As I was paying for my purchase, I noticed a little stack of hard bound blue backed copies of Zero's Inaugural Address with his face stamped on it.

One could argue that "oh, they always do this for a new administration and there are going to be X amount of people who'd want to buy them." BULL - I don't even remember seeing this for any other president, and that includes the bent one.

I mentioned to the counterman - "I hope this isn't going to be like seeing those damn Chairman Mao books all over again like the 60s." The counterman, old enough to know better, obviously not tuned in to the dripping sarcasm said: "Oh, so many people liked the speech."

So I unloaded on the guy as I was walking out, I would have said more, but I didn't want to missa good parking spot for Ash Wednesday. He was lucky I only had verbal ammo. Wad cutter takes on a whole new meaning.
Posted by gemoftheocean at 5:26 PM

I love the photo. BTW - since I went back to my original Abbey, I forgot to add you to that blogroll - doing it now.

Thanks Terry, Nobama's such a toad.

Did you hear about the reporter who supposedly said that Obama is like the Dalai Lama and if you opened him up you'd find a smiling Buddha...What a load of.....!!!!!

Marie, it's really getting creepy in a way I've never seen it like. I like these lawsuits by soldiers though.

It maddens the hell out of me that with all these legitimate questions of his basic eligibility some of the lower courts said people had no standing to sue. Alan Keyes (who was also on the ballot in numerous states) still has a suit pending as do others. The constitutional fathers never envisioned a situation where people were such bold liars,as I think Obama is regards his citizenship. If he's a real citizen, with questions like there are out there, he'd have released a long form vault birth cert. My guess is this usurper doesn't have one showing he was born in the US - because I don't think he was - and his mother hadn't lived in the US long enough past age 14 to pass on citizenship to him.

I've never seen anything like this before. The Obama section at my local Borders bookstore is like a $(&# shrine.

Rumour has it his messiahship is going to keep his promise of setting up the ObarmyBrownShirts by forcing national serive.

This man has an ego the size of Alaska and Texas combined. I don't know who's worse, him or his idiot sychophants.