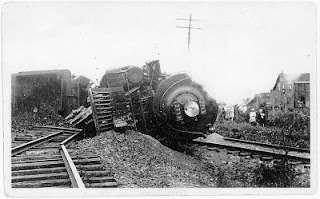 Wonder if the most read Catholic blogger still thinks the Williamson apology was "pretty good?" Thank God I don't have to worry about being invited to the "right" cocktail parties at the Vatican.

Will we see any heads roll at the Vatican? Nah, probably not.

According to an interview with Der Spiegle, Oberst Williamson puts all the blame on someone else. "I am only the tool here, so that action can be taken against the SSPX and the pope. Apparently Germany's leftist Catholicism has not yet forgiven Ratzinger for becoming pope." I suppose we're supposed to give snaps for him not whining "blame it on the boogie." He still needs "to study" the gas chamber issue - though he's personally too chicken to go to Auschwitz.

I'd say he's an F minus "student." Should have been left out in the cold. Any way to yank "faculties" for bishops? Oh, right, excommunication. I'm told by reliable sources he's still under one.

Any side bets if the pope will say: "That's it Charlie, now you're under double excommunication again?" Probably the Vatican cheese and brie crowd will advise against.
Posted by gemoftheocean at 8:08 PM

Labels: The trainwreck that keeps on giving

He says he is only a "tool." Bwahahahaha! A tool!

I'd agree with "fool." This joker really sets the cause back for more LAtin Mass acceptance. that really burns me.

He's a nut. He somehow doesn't get that he's setting back his own cause.
Not that it matter's he'd just get excommunicated again for something else eventually.

I know Joe. It's maddening. I've really been watching with interest to see the steps in England taken by ORDINARY non-SSPX types. I think England, from what I gathered was largely free of them, them having gotten indults fairly on in the game for a decent Latin Mass society that wasn't filled with break-a-way nutters. [Williamson excepted, he was always one of those guys.]

I particularly like reading the English blogger priests who give reports on the small ways in which they bringing the Latin Mass to more people, Quite NORMAL people. I am happy for the vernacular Mass, but despair in how often times it is too poorly executed. The Latin Mass, IMO, has its drawbacks, but it also has many pluses, the biggest one being is one can be sure, I think, that the good Lord is not present under duress.