I want that job! 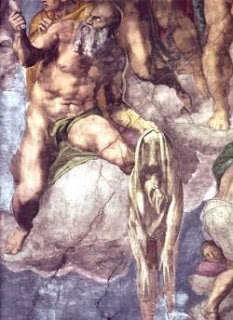 I surfed into a neat new blog by "the mom" called "Shoved to Them." She mentions how Saint Bartholomew is patron Saint of tanners, because he was skinned alive before being crucified upside down. See here.


I've often thought that one of the coolest jobs in the Catholic church is figuring out who gets to be patron saint of various causes. Yes, yes, I know this often develops over time - I mean St. Anthony getting to be patron saint of "lost things" for instance. I always "took it for granted" through custom in the home that that's who you pestered if you lost your car keys or home work or whatever, and then once I decided to look up just WHY he is "assigned" the job. The whole shebang was started because he lent a book out once and DIDN'T get it back. Go figure. But Tony and I are "tight."

I like to get the impression (one I don't want to correct, so don't spoil it for me if you know how this really works) is that there is a real joker of an ageing monseignor in a musty office in the Vatican who gets to select patron saints for relatively new occupations. My own favorite "assignment of whimsy" is having St. Joseph of Cupertino, who was known to levitate, be the patron Saint of Aviators. How cool is that? In theory he's on the calendar for Sept 18th (my birthday) but when those pinheads "simplified" the calendar - they knocked a lot of cool saints off the calendar from getting their own Mass said regularly. I don't care if he is a "minor" saint. He's MY minor saint.
Posted by gemoftheocean at 10:03 PM

Gem,
Thanks for the nice comments. It can be hard for a new blog to get noticed.

I always wanted to be the "Devil's Advocate". I'd love to have it on my business cards and be able to say "I'm the Devil's Advocate that you've heard so much about.".... Unfortunately, for me, he's a priest and as a woman who's also married, and a mom of 7....I think that's 3 strikes and I'm out.

Details, mom, details! ;-D [JP II cut the DA out of the canonization process...so it looks like it make be up for grabs and no longer "(tm)".

Now I don't feel so bad... the other day a few of us older moms were wondering about a patron saint for menopause...I came up with one that made sense..I told them, "So far St. Anthony of Padua
wins as many of his patronages are for sterility, grandparents, and
barrenness. Sounds a lot like what menopause is for some of it anyway.
What do you think?" They all laughed and agreed.

Maybe I have the job!!??
Ebeth
Climbing the pillars

Ebeth, I'm down with that. I'd want the job all for myself, but I'm fundamentally lazy, and would just rather "slum it."


Karen, queen of hot flashes.
[My holy card will consist of me sitting in a tank top and shorts in a barcalounger, with the fan on me as I am being brought lemonade by a Nubian cabana boy...at least that's the way it is in my dream. Maybe that's why I'm getting these hot flashes? Ya think? Or is that TMI?]

Oh, and he's good looking like David Niven, and has the wit of Bill Buckley, and dances like Fred Astaire, and has the courtliness of Ronald Reagan. Hang on while I fumble around and turn the fan on higher.

I collect saints for everything... when I've lost something (St Anthony), when I want a parking space (C'mon St Joseph, and don't give me any of that "no room" guff...), when I'm desperate (St Jude), when I'm driving (St Jude) etc. etc... add Our Lady (under various guises) and my Guardian Angel. My Litany of Saints at my renewal of vows is quite an impressive roll call...

Blog for the menopause..now now Ebeth..let's not get carried away! (Mind you could do with one!lol)

As a child I was convinced St Joseph of Cupertino was the patron saint of tea drinkers. "Do you want a cup o'tea now?"

My son wants to know if there is a patron saint of video games. He thinks the saint should be Japenese.
I could only think of that 12 yr old altar boy crucified in Nagasaki-must look up his name.
My son was most impressed with the story because the boy was offered the chance to live if he only renounced Jesus, and he refused.