Esther says I can be it 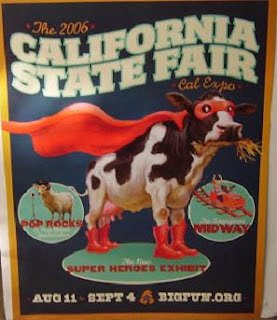 .
if I want to be it. Esther, the Oahu mom got a meme and she said if you haven't played you can, so I'll be it too. She says you have to give 8 facts/habits about yourself, and post the rules. Well, Esther posted the rules already, and she's just showing "oldest child" true colors by saying you gotta post the rules. I was an "only." I didn't have no stinkin' rules...but I wanna play anyway. Consider yourself "it" if you feel like it. Or don't if you don't need no stinkin' "only" telling you what reindeer games to play.

3. Fact: I've studied French, Latin, Italian, German, and Russian. I can't speak any of them especially well ... but annoyingly French is my "best" foreign language. I have come to the conclusion that I hate the sound of French. Just. Because. Too "poncie" sounding to my yankeedoodledandy/germanic/anglo-saxon/ eastern-euro ears. Italian doesn't irk me in the same way. Maybe it's just because they are so fun loving and forgiving to anyone who attempts to speak their language. I REFUSE to have any truck with formally studying Spanish, It's more fun, having had enough Latin, French and Italian to GUESS at what they are saying, than to know for sure. The only two words that they have that I really like is "querencia" (the place in a bullring where the bull feels most comfortable--thank you for that one, Bill Buckley) and "cachingadera." If you don't know, don't ask, because I'll just lie. Oh, and through dad's Pennsylvania Dutch roots, I also know a few phrases/words from that tongue. "Kannst du nicka fauna inna zumma?" "Can you catch flies in the summer?" [classic thing you teach little kids to say] "Spritz" "Rutch" "heevahova" and "middoch" are a few others. The eastern european side contributed "gotchies" [underpants] "edaydu dupa" [said to small children in a kind way, but the literal meaning is more like "take your hiney out of this kitchen I am trying to get dinner on the table and I am tripping over you more than the puppy." ] I know a few nice things too, like "Christos Voskrese, Voistinu Voskrese" at Easter.

4. Habit/Fact - I'm ambidexterous to a point. Until I was about 13 I alternated throwing a baseball either left or right handed as the mood suited me. I finally settled on throwing left handed, because I liked playing 1st base. I bowl right handed, just because I was taught that way. I write right handed, and not because "sister made me." The woman DISTINCTLY said "if you feel comfortable with the pencil in your right hand use it, if you feel comfortable using your left hand, do that." And in the days before "professional educators" said 6 was too young for cursive writing, sister taught us cursive writing. I can't print for squat, and don't want to either. I can ONLY open combination locks left handed - ditto I have a preference for using the left hand to take off the gas cap. When I was MUCH younger and still played racketball, I used to regularly piss off my opponents by switching hands when I got tired of playing with one hand or the other. "Ha-ha...you thought you hit a difficult shot to my backhand? Not so, sparky!"

5. Fact: Had season tickets to the Padre baseball games from 1972 through 2000. Came up with 5 baseballs. All on the bounce. Would have had 6 but some summbitch leaned over just as I was about to catch one in the glove and snared it from the section behind me. I wasn't too mad though. I mean, it wasn't like I didn't already have 5. Mom came up with two. Dad was oh-fer. Mom and dad each got buried with a baseball. If some relative remembers to put one in my casket, or doesn't steal all of the remaining ones, I will have one too. I have an autographed Tony Gwynn baseball bat too.

6. Habit: I always shower and lather "the Gilbreth Way." If you don't know what I'm talking about, read "Cheaper by the Dozen." Once tried, never forgotten.

7. Fact: I've visited 33 states of the 50. Someday I want to say I've been to them all....except I'm thinking that maybe I should leave one out. Because. Maybe I'll leave out Arkansas, because Bill Clinton is from there and I can't stand Bill Clinton.

8. Habit: when I have to get ready for a trip I leave off getting ready until the last possible moment. Like Now. Because I'm taking a road warrior trip up to Sacramento this Wednesday to see Jimmy Brennan play John Adams in 1776. We'll probably hit the state fair too. The cow pic was chosen just for my friend Christine's benefit, in case she logs on to her computer before she leaves Michigan for the airport. [Take your cell Chris, I'll get there, God willing, sometime Wednesday afternoon, if I get up before the crack of crack, or Wed. evening if I don't. I don't think I would dare second act it though, if I get there at 9:30. ] I hope my friend Christine brings extra T-shirts, because I may need to borrow one. Fat chance. I see a trip to the laundromat up there. I wonder if that same panhandler will hold the door open for us!


9. Fact: I like stream of conscious writing. You probably guessed. This fact is here because Esther said "8" and I wanted "9." Because odds are cooler than evens.

I am so glad you did this meme because you are hilarious! I really enjoyed reading your responses. BTW, one of my favorite books is Cheaper by the Dozen. LOL. I can just imagine you bathing like that. Mahalo for playing.

Mahalo back for Tagging everyone, Esther. Jackie, we're just going to have to rustle up a copy of Cheaper by the Dozen for you. It's a classic.

Ah, well, I have to wiki-wiki, 'cuz I got stuff to do before I can go into work. This time tomorrow I'll be on the road. Assuming I can wash some duds...if I had the money, I'd just buy all my crap up there. I'm not THAT extravagant though.