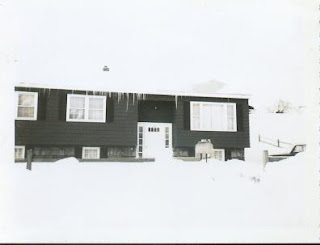 Tara tagged me on this one. [And I agree with her Rob should start a blog too - we know him as rjw in our comboxes.]

Three jobs I have had in my life: cashier, sales, programmer

Three places I have lived: Emmaus, Pa., Nashua, New Hampshire, Roanoke, Va. (among many others!)

Three shows that I watch: Got me here. I generally don't make a point of watching any given TV shows...HOWEVER, that said I will watch the original Law and Order [I hate it without Lenny Briscoe], movie channels, and if there's one show I'm up to watch specifically, it's the new series of Project Runway. [I'm a sucker for that one.] So kill me, I'm a fan of Tim Gunn. To quote Santino "Tim Gunn, Tim Gunn, when he says your name you're done...." To quote Tim Gunn "Okay, but just be prepared to defend to Nina why [your model] has a big fat ass."]

Three places I have been : Florence, Italy, Hilo, Hawaii, Freeport, Maine (it's not the end of the earth, but you CAN see it from the rooftop of LL Bean - everyone should make at least one pilgrimage.)

Places I have been this week: My parish in Old Town, Escondido, library in Mission Valley.

Three people who email me regularly: No one, lately...what is this, "let's not write Karen back" month? Nobody sent me the memo!

Three places I'd rather be right now: NYC, London, kickin' back in Lahaina, it's all good

Three friends I think will do this meme: hell's bells, hardly anyone's emailed!!! If you like this meme, go for it!

Three things I am looking forward to this year: losing weight (I have been but I won't if I start scarfing Carl's Jr. Prime Rib sandwiches like they were going out of style), making more money, going to the theatre, any theatre will do I just want to sit in the dark and watch other people pretend to be somebody else...normally, they'd throw a net over you for wanting to do something like that, but somehow the theatre beckons. [Are you reading this, Teresa S.? That's some nutty profession you want to get into! Quelle fun! Do the French have a word for "fun?" To judge by my 6th and 7th grade French teacher, they don't.]

(The photo is taken of our house in Nashua. A typical late spring day in '68 or so.)
Posted by gemoftheocean at 7:31 PM

Three places I have been:

Three places I have been this week:

Three people who email me regularly:

Three of my favourite foods:

Three places I'd rather be right now:

Paris, New York, Buenos Aires (I always wanted to go there. My mother went earlier this year, and I'm envious).

Three friends I think will do this meme:

I'm doing it in a com-box, not emailing it out!

The 'Veronica Mars' DVD sets (winging their way to me by mail order)
'Mary Poppins' at the Palace in Manchester
Seeing 'Billy Elliot' for the third time.

The French verb for 'to have fun', by the way, is s'amuser; the noun would be plaisir or amusement.

Oh yes - left a couple out.

Three places I have lived:

Three jobs I have had:

And I see I missed one more.

Gilmore Girls
Veronica Mars
SVU (this last being a *really* guilty pleasure - it's terrible, and I'm addicted to it).

I am glad I am not the only one that likes Tim Gunn! He has the BEST vocabulary!

Stephen: Enchilada?! You were out here for two seconds and you became addicted to enchilllladas? And I totally forgot Billy Elliot was out.

Angela: Tim Gunn is a total hottie. I don't care if he is gay!

And Stephen...the thought of Sr. Aline totally sucked out the word "S'amuser." The word "guillotine" came readily to mind, however...

Don't forget, I'd been to San Diego twice before 2002 (96 and 98). But my enchilada addiction actually predates even that - it dates from 1993, the summer I spent working in the Adirondacks (they're not something I grew up with - Enchiladas are not exactly one of Lancashire's indigenous foods).

It's worth travelling a long, long way to see the stage version of "Billy Elliot". It's stunning - incredibly powerful. It's also more political than the film, in which the strike in handled with a fairly light touch - in the musical, there's a large ensemble, so Billy's community is onstage, and Billy's community is striking miners. The 'Solidarity' sequence - a montage in which escalating confrontations between striking miners, scab workers and the police take place in the same theatrical space as the sequence of dance classes in which Mrs. Wilkinson starts to realise that Billy might be really, really talented - is probably the most remarkable piece of musical staging I've ever seen. And I've seen a lot. I liked the film a lot, but 'Billy Elliot', on stage, reduces me to absolute wreckage. The *opening number* makes me cry.

Glad to hear how much you like it. I thought the film was a bit hard scrabble, but can see how this is REALLY meant to be for stage. Every now and again something comes out that you really want to see.

Carl's Jr. Prime Rib sandwiches! Yum, I'll have to try them. Good job on the meme :) And I hope you get a few e-mails soon.

Tara, and they have a mild horse radish sauce too. They didn't junk it up with lettuce and tomato either.

yes it is.. but that is why i love it.. and yes i suppose the french would say Quell amusant!.. but they are french so who really know!