If you wish to come off as "soft-on-the-fullness-of-faith" do the following:

1st: Be of an age where in your salad days the Kennedys were worshiped - especially so if of Irish heritage of the "the dearios can do no wrong" school - particularly if they belong to the democrat party.

2nd: Pretend not to be aware that when someone makes a factual "observation" it is not the same as "passing judgement."

3rd: Pretend the majority of the politicians in the Democrat party today are not in league with Satan. 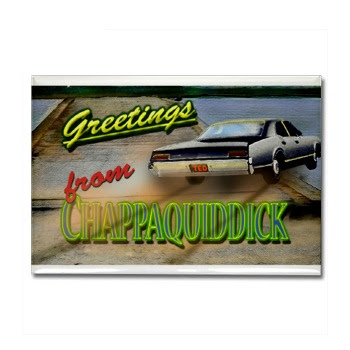 Then be around to interrupt before the punch line that the following joke is "ethnic" and "republican" and shouldn't be told, then after punchline excoriate the teller for "passing judgement," and have a try at going into apoplexy.

Here's the shortened version (as I modified it slightly from the version I linked to a few blog entries ago. - Ironically I got the joke from a pastor emeritus with a sense of humor. )

"Dying priest wants to see Ted Kennedy and Nancy Pelosi. They come. He has them stand to the left and right of him. When they ask why he wanted to see them he tells them he wanted to go out similar to Jesus, between a thief and a murderer."

Now, I don't know about YOU, but frankly, a spade is a spade is a spade. It was said as a joke, and this priest thought I was passing final judgement on dear old Teddy. First he tried to claim it was "ethnic" then a "republican joke" [do we not still have 1st Amendment rights?] then I was "passing judgement, and X [the absent priest] would have yelled at you too."

I guess that explains why I've seen a few Obama stickers in the church parking lot. If you're afraid to "pass judgement" on Catholic politicos who do wrong you can run the risk and end up being *perceived* as not teaching the fullness of the faith, regardless of if you believe in the fullness of faith or not, IMO.

I don't know about you, but if I drove off a bridge with someone, and I didn't bother to tell the authorities, and that person later suffocated to death -- not DROWNED -- but suffocated to death, when they most likely would have lived if someone wasn't trying to save his own political skin, then I call that person a murderer. [Didn't even go into the number of deaths Teddy is complicit in due to his abortion voting record at that point.] Did I say dear old Teddy is going to hell? No, how do I know? I'm not ascribing clairvoyance to myself. Teddy may [pigs have flown before I've heard] recant all his sins on his death bed, it's possible. He may go to heaven, if he repents his sins and means it.

But I can still safely say he's been complicit in murder. Just like if I stole from a bank, I'd still be a "Bank robber" regardless if I repent eventually, or not. It's called a statement of fact. You're not "passing judgement" on me for making a statement like that. You would be if you said "Karen was a bank robber and will therefore will automatically go to hell." [Although, I think you can say "Karen was a bank robber and will therefore go to hell if she knew what she was doing and doesn't repent."]

If you're of a mindset, when you don't care to call people to task on proven fact, then you give people the idea that it's really of no consequence. Just like dear old Teddykins voted time and again to support the slaughter of the innocent, why "who are we to pass judgement." Teddy and Caroline and all of them can profess support for abortion, and keep trotting right on up for Communion and the faithful aren't supposed to be scandalised because "who are we to pass judgement." Yep. Put the blinders out. Pretend not to notice all the so called Catholic support for dirtbags like Ted Kennedy, and Obama, then wonder why portions of the flock don't seem to give a damn about whether millions of babies get killed or not. "oh, Teddy and the dearios, not to worry, sweetie, we don't hear Father X complain about him, do we?"
Posted by gemoftheocean at 4:01 AM

Labels: ICC, some people really need to learn how to take a joke but hey thanks for tipping your hand as to what a free ride you've been giving to all the "Catholic" dirtbags in Congress

Right on! What you said! I'm not sure though which of those two are Dismas. I am sure which of them are dismal (both). Just in my judgement, though.

Fair is fair, Karen - your priest needs to stop drinking the Kool-Aid.

RJW: Now you know why I refer to my home parish indirectly....

There was one really good thing that happened tonight, given the "open borders" we had NO handholding at the Our Father, NO handshaking, and for the time being NO common Communion cup.

Oddly enough, he didn't seem to mind me "passing Judgement" on Nancy, the Eye-tal-i-an. Just Teddy, the hero of Chappy.

He was askin' for it. I mean, really. I think it's been YEARS since I ran across anyone that gave Ted a fricken pass. Even "normal" demos roll their eyes on "the swimmer."

I like your joke! I like your politics, and boy oh boy I'm glad to read someone who agrees w/ me about Kennedy and that bridge ... Bless you!

I agree our Catholicism should be brought to bear on our politics! Just like to make it clear I am not the priest you refere to in your current posting!
Best wishes

PS and I AM IRish!