Wake up, America - And don't let that Muslim in the White House say this is Subbotnik day

I despise school systems which refuse to teach history, and even moreso those members of the public who can't remember what happened 10 minutes before the last American Idol show they watched. 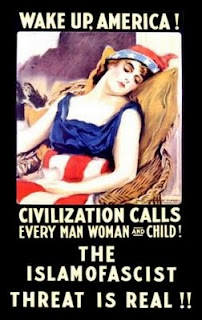 I'm sorry, but it's PATRIOT DAY. Not "give up your time to volunteer because some freak of nature Muslim was voted in the White House by blind gullible fools Day." I don't need some Muslim to tell me to do some public work project to "help the collective." And he IS a Muslim. Where's his baptismal certificate? Non-existant. You don't slip and say things like "My Muslim faith" if you aren't one, do you? [Youtube link of video.]

The liar in the White House claims that no illegal aliens will be covered by his Health Care bill. But the dupes working on the bill have twice rejected explicit provisions to keep them out. Wake up, stupid people. If the high handed way which Queen Pelosi and her minions have been smearing you for challenging them, hasn't shown you that they think we are fools, then you deserve to be a slave to the state. If Zero lecturing you and your children like simple fools who can't make it through the day without their guidance and protection, then you deserve to be a slave. You deserve to crawl on your bellies to an unchecked state who wants to control every moment of how you live. IT's not about lowering cost. If it was about that, they'd make it so insurance was portable across state lines. You can't do that. IT would be about tort reform. Can't have the trial lawyers pissed off, so, no. It's not about that. IT's about forcing you into THEIR system, and getting to decide if they think you are worthy of the rationed care they will dole out.

Zero wants to be able to "shut down the internet" in an emergency too. Just like the Chinese government. Zero thinks you are too stupid to know that networks vital to the national defense aren't already physically separate from the public internet. I've worked in the defense industry. I know. Zero thinks you're as stupid as the people who voted for him. It's all about controlling free speech. 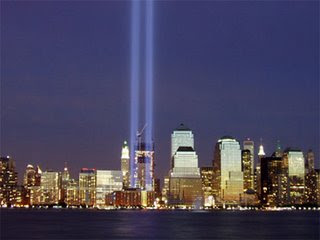 WHO THE HELL DO THESE PEOPLE THINK THEY ARE?

Wake up before we are all serfs. Keep your guns and ammo, and don't let the Muslim and his hordes overrun our country.

NEVER FORGET THIS DAY and what happened. NEVER.

AND THROW THESE BASTARD POLITICIANS OUT.

And above all REMEMBER THE DEAD. Remember those who went to work, just like you do, with not an ounce of malice in the bodies. 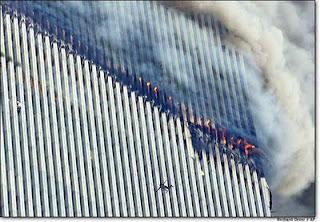 Remember those who went to work to put food on the table for their families and were killed by Muslim fanatics who hate us because they are envious of the freedom we have. And most of all DO go to work, and about your daily business. That's what these Muslims freaks wanted to prevent. Including the one in the White House who wants to erase memory of the day.
Posted by gemoftheocean at 2:34 PM

My friends and family think I'm nuts because I believe the way you do. "They keep saying "it" can't happen. You're over re-acting." Let us pray that they are right, and that I am wrong.

Well, as far as I'm concerned it DID happen!