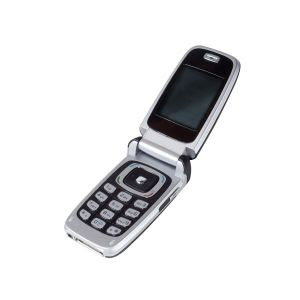 Last night I was serving Mass. Father wanted "nice ambiance" so we had dim lights and a fair amount of candles lit. Lucky for him, because I think that helped cover his faux pas. As he was putting the finishing button on his sermon, I distinctly heard a cell phone. Using logic and my innate sonar abilities, I knew instantly it was Father's cell.

I'd seen the deacon turn his off before Mass, and I knew the sound wasn't coming from behind me, which would have been the cantor, and from my angle, I knew it wasn't from a congregant...so that left...let me see....Father. Instantly my eyes shot to his side and sure enough his right hand was taking stabs at fumbling through the chasuble and alb. It was a good five rings before it stopped.

1. His cell has a low pleasant ring tone (albeit a musical one!), so unlike the usual Fisher Price Kiddy toy ringtone far too many people use.
2. He has a booming rich bari/bass voice.
3. He had NOT finished the sermon, had he finished but five seconds earlier, he would have been dead meat. The deacon, who'd also noticed, and I were highly amused as he vamped a few extra sentences until the ringing stop...he never was able to lay a hand on the cell.
4. The congregation couldn't plainly see his stricken expression as well as they might normally have.
5. Plus apparently both lectors, and 3 EMs and other sundry persons were sitting bang in front of him, and are stone cold deaf. Ditto, as I later found out, the cantor, who sure as heck should have heard if I did.

Much to the deacon's and my amusement, when he came back to the chair, his cell went off again, but this time he nailed it first go.

After Mass after I lead the procession out, I stopped and waited for him. "Nice cover on the cell, Father." He laughed sheepishly along with the deacon. One of our clueless lectors, who hadn't quite heard what I said said "Huh?" And I said "Didn't you notice something different about Mass tonight?" She guessed completely wrong.
We left her clueless. Served him right for not wearing a stole last night. The Blessed Mother "got him" for that one.
Posted by gemoftheocean at 3:41 PM

Labels: ICC, See what happens when you don't put your stole on?

What I hate, is when people's cell phones go off, and they just let it ring--probably so no one know's it's theirs. And then invariably, the person will call back, and it rings again--very annoying.

The worst is everybody DOES know whose cell it is and you feel like kicking them but you can't because you're in church.