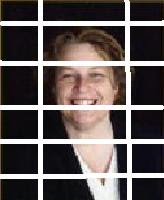 When I was young, laws of abstinence regards "NO MEAT" on any Fridays of the year were still in force. In my case, I followed it even when under age 7 because mom made the meals, and I wasn't about to break open the piggy bank. Then when I was nine, IIRC, they changed the rule. But I HAD remembered that one was still obligated to "do something else" as an act of self-denial if one was not going to forego meat.


Well, gradually over the years I "forgot" about this stipulation that one "do something else."

I did remember being quite furious, when I was an older teen, to find out that the Mexicans (and I think other Spanish speaking peoples, depending where they were if memory serves) were never bound by this rule. I thought "Geez, there I was at age 8, I would have rather died than eat a hot dog offered by a protestant friend, and some rich grandee grifter politico in Me-hee-co was wining and dining all his friends with Carne Asada and cerveza and not thinking twice about it. FEH. Some poor guy in Appalachia feels bound, but not some rich guy down there. Double standard. Maybe this isn't such a big deal."

I've still always tried to do my best not eating meat on Friday in Lent...but I have to admit that being "out of practise" there always seems to be one Friday I goof and totally forget and blow a meal, and realize half-way through "Hey, dumb***, it's FRIDAY." Then not wanting to waste the food (that would be a sin "there-are-children-in-Biafra-starving") I guiltily choke the rest down, shamefaced that I blew it. So far, so good, but I'm not betting the farm.

I'm beginning to think that perhaps I shouldn't eat meat ANY Friday of the year as an act of self-denial. *sigh* Then I wouldn't be "out of practise" and wouldn't get that nagging feeling "....and you didn't remember to do any other act of denial, either." I think I'll still hold open that possiblity of "doing something else" if a friend, for instance, suddenly invites me for dinner on a Friday night, and it's meat. But I have to admit, I've been plain lax the rest of the year outside of Lent.

Guilty. Guilty. GUILTY as all get out. And I'm really, really SORRY.
Posted by gemoftheocean at 10:36 PM

Karen, i never eat meat on any Friday of the year....but guess what i ate on Ash Wednesday? Oh the shame of being so forgetful that i forgot it was Ash Wednesday and ate a bacon buttie...

Typically, when I first returned to the fold, all I knew was that there USED to be a rule about not eating meat on Fridays (in or out of Lent) but that it got dropped. No-one ever mentioned the "do something else" though I discovered it for myself when reading some stuff...

...however, the "something else" always got put on the back-burner, and I would "forget" to do anything.

Then, through the blogging lark, I discovered that the no-meat thing is still in force in some places, and is still an option here in the UK (ie. some people do still observe it, so you're not completely freaky if you do!) and therefore I try (occasionally I slip up) to avoid meat on Fridays all year round.

It certainly helps me remember that it's Friday...

For years we observed not eating meat on Friday. It's how I grew up and IMHO should have never been dropped. We plan to continue after Lent.

It's like Mac said - no one ever got told about the "doing something else".

And my Mom made a glorious version of sh_t on a shingle. White sauce with sliced green olives, corn, and sliced hard cooked eggs on toast. Carb delight!!

Hi Karen. I have been playing catch up on everyone's blogs and mostly just reading but I really wanted to comment here. First, I already blew the first Friday of Lent with an egg mcmuffin for breakfast before I was focused. I believe I would be wise to hop on the every Friday bandwagon too because it just makes sense. It is a discipline and a way of following thru on a committment which can be used to draw me closer to God.

I do have one other question for you and whoever else feels compelled to weigh in. I am interested in the "spirit" of that rule. Not eating "meat" because Jesus suffered? Is it supposed to be a denial? Fish is kind of like meat and french fries, though not meat, don't exactly mean denial. Thoughts? Authorotative and orthodox links? Thanks :)

Kelly, I'll give it a thought. Been "away" from 'puter all weekend, will answer that one later.

As long as you repent! AND change your ways--God will forgive you!

I also never eat meat on any Friday of the year--but every once in a while--out shopping or just not thinking--it's easy to eat meat. But then when you forget--it's not a sin, it's only a sin if you purposely eat meat when you know we are obligated.

But I really don't think it's fair that Mexicans can eat all the Carne Asada and cerveza they want on Fridays. Don't they need to share in the main churches penance also? Hmmmm...maybe I might have some Mexican blood--way down the line?

Awww heck - we all screw it up once in awhile.

Kelly - the best layperson (and clearly not official/canon) explanation I've got is that Christ was crucified on a Friday. At the Incarnation, "the Word was made flesh and dwelt among us," and at the Crucifixion, that flesh was taken away from the world. So as a penance, you abstain from meat. Meat also is traditionally associated with worldly wealth, and abstaining/turning away from that worldly indulgence is a penance in that way as well.

I can totally relate. I grew up in milktoast parishes in Canada and were told it was all abolished. Shamefully we didn't pursue looking it up any further. Since moving to the U.S. I realize how very out of practice I am.

Hi Adele, sorry caught your comment late. You personally can be forgiven, because you weren't born yet when they changed it (ditto Mac, or at least she was still in rompers.) But I definately remember them mentioning it in a casual aside....